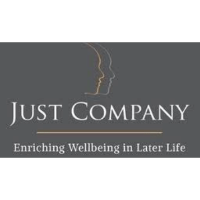 Find us on LinkedIn

Just Company was started by Vivienne and Fran after they both experienced difficulties with not being able to see an elderly relative as often as they would have liked. They searched for a companionship company who could take their relative out to enjoy their favourite pastimes. They found plenty of companies offering people to go and sit in their relative’s home but not one that would indulge their loved one with wonderful outings. They set up Just Company to offer what they could not find.

“I hate the thought of my aunt just sitting watching the TV for hours on end. Living so far away, I am unable to see her regularly. I know sometimes she may not see someone for days on end, I hate the fact that sometimes hospital appointments are all she has to look forward to. I really want my aunt to have a companion who inspires her, takes her out, makes her feel special, indulges her as she deserves it.’ Fran

Vivienne and Fran both live near Kirkby Lonsdale, both have grown up children and large extended families. They both know what it is like to feel useless and guilty about not seeing their loved ones as often as they should. This is the inspiration for Just Company because they know they are not the only ones in this situation.

Vivienne and Fran knew they had a good idea – What’s more they found out they were born in the same hospital, Oxford – they were destined to work together providing a service they both desperately needed but could not find.

Both Fran and Vivienne are Dementia Champions

Please login or register to leave a review.